This site doesn't support Internet Explorer. Please use a modern browser like Chrome, Firefox or Edge.

HOME
ABOUT
ABOUT KRYSTEE
WORK WITH ME
CONTACT
Book A Call 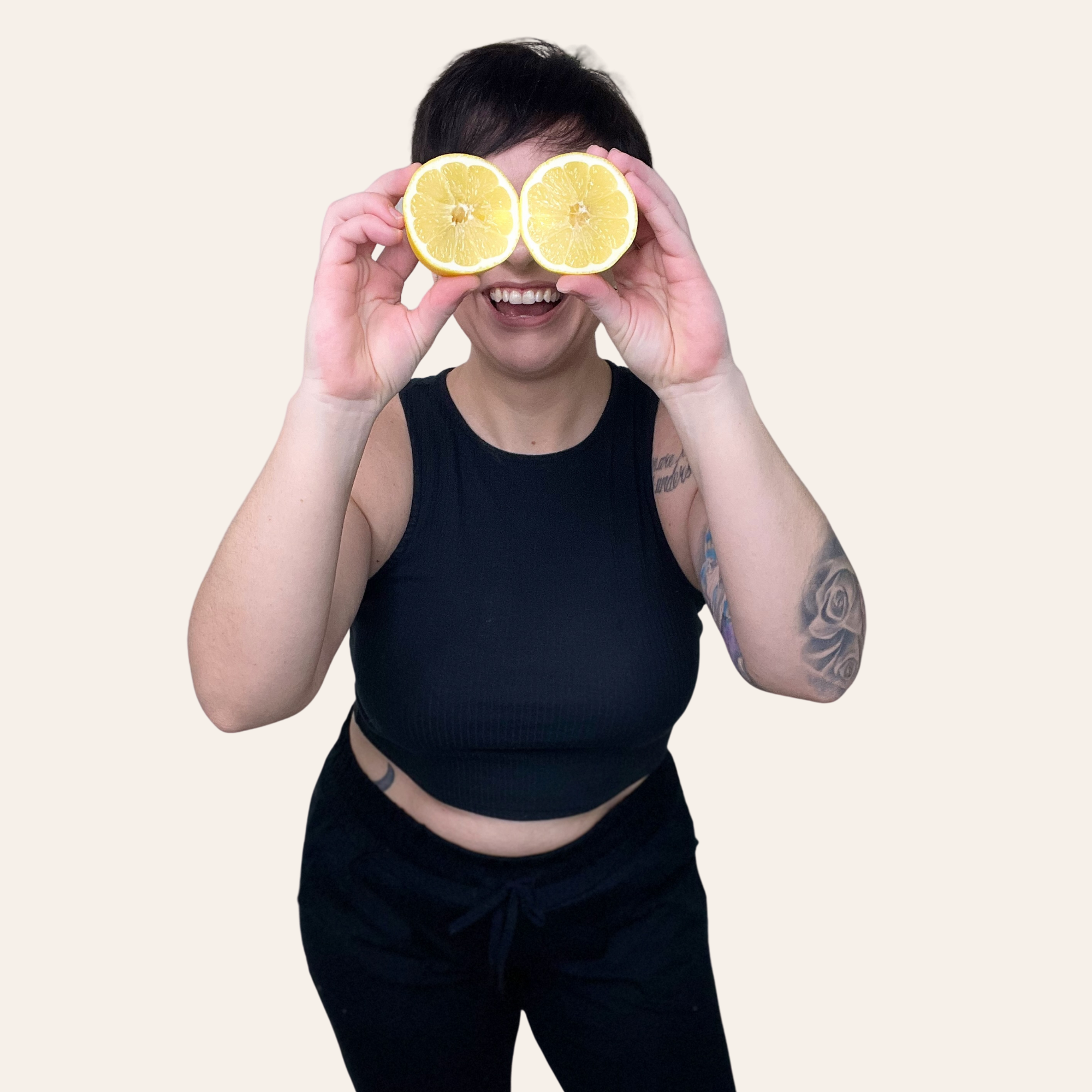 The Truth About Healing From Anxiety + Trauma

My mission is to guide every client to activate their inner pharmacy and become their own master self-healer. I fully believe you CAN heal yourself. It’s my job to help you discover WHAT to do and also HOW to apply it and move forward…..to be there to support and guide you through the process. My goal is to have you standing on your own, confidently embodying your true authentic self.

So you can say

"That’s what drives me to continue doing what I do. Somewhere out there is a person who, like me, has tried everything else and desperately needs the hope and power of using their subconscious + nervous system to heal. Someone who is sick of putting their dreams on hold because of emotional and physical distress and is ready to start feeling alive again.” 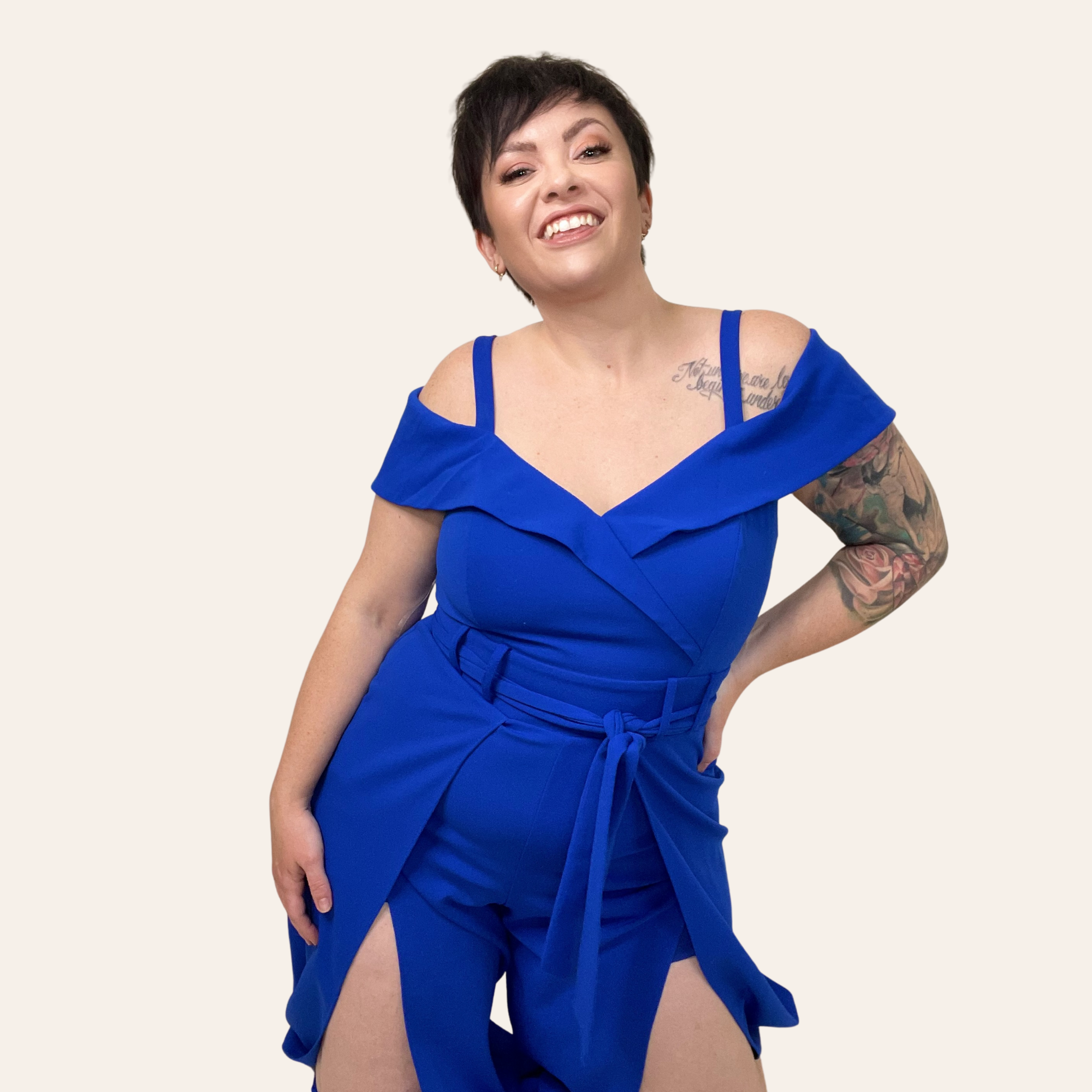 I support mental health + trauma warriors calm their anxious mind + reclaim their nervous system so they can be in control of their mental + physical health.

I lived with anxiety from trauma for over 20 years and understand from experience what you’re going through. I SEE YOU. I understand the inner desire live authentically and the frustration of your distress running your world. I offer you hope, empathy, and way forward into WHOLE Body Alignment.

I elevate women to get off the medical merry-go-round, and become a self-healer, being in control of their own health and healing.

I offer 1:1 consultations and therapy sessions completely online, so no matter where in the world you are, I can provide the treatment and support you need, from the comfort of your home.

I know what it's like to feel detached from the world around you and the life you want to live. I SEE YOU. I understand the inner desire live authentically and the frustration of your distress running your world. I offer you hope, empathy, and way forward into WHOLE Body Alignment.

"I came to Krystee when I was having random panic attacks. She has such a gentle spirit that simply being in her presence allowed me to find peace in her space. I felt heard and seen before she led me in a customized EFT session. It was such an experience to be guided by such a divine expert. So grateful she helped me work through it! She is the best!" 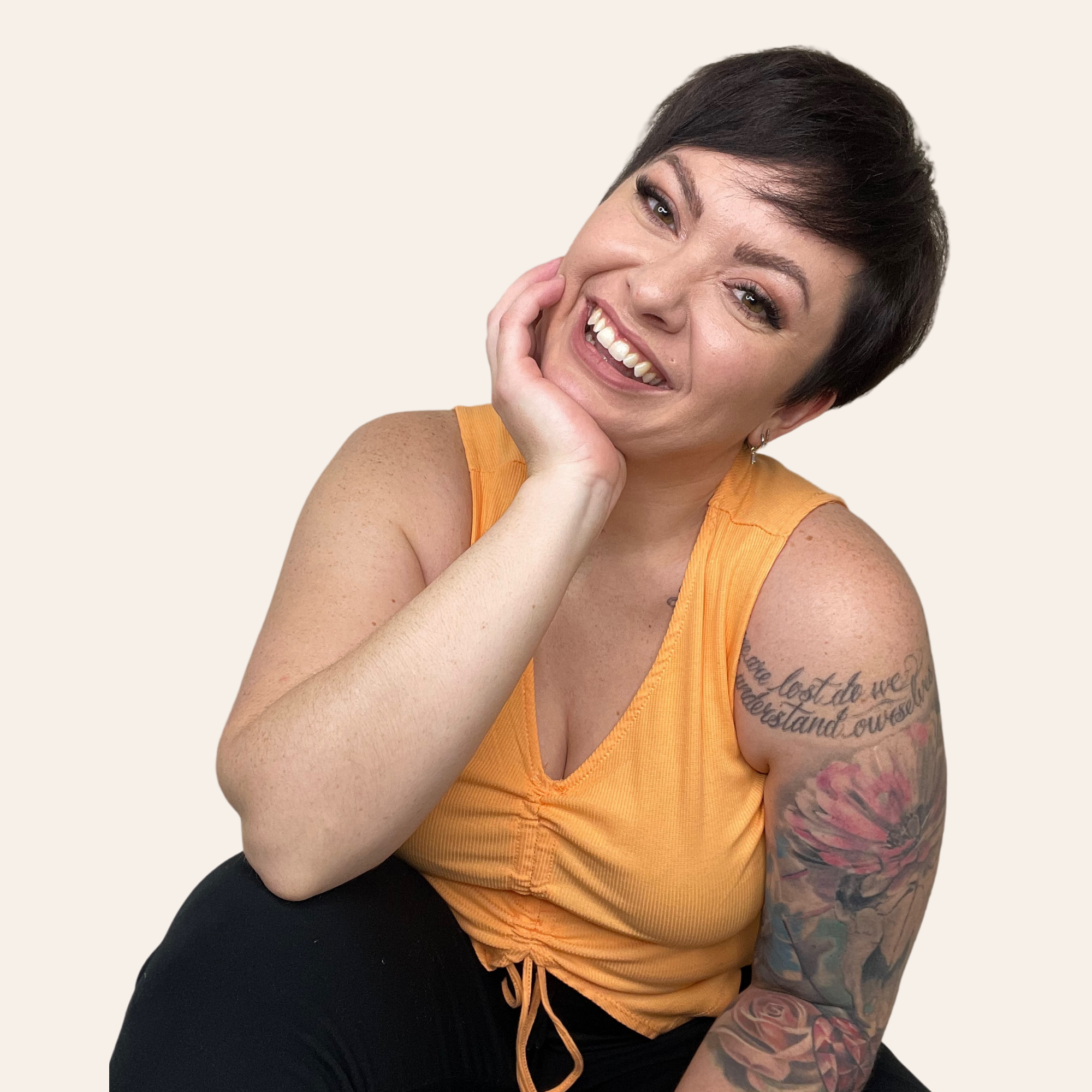 I understand what it’s like living with anxiety, and I certainly understand the frustration that comes with living with an unregulated nervous system; I’ve been there and lived it since I was a child. 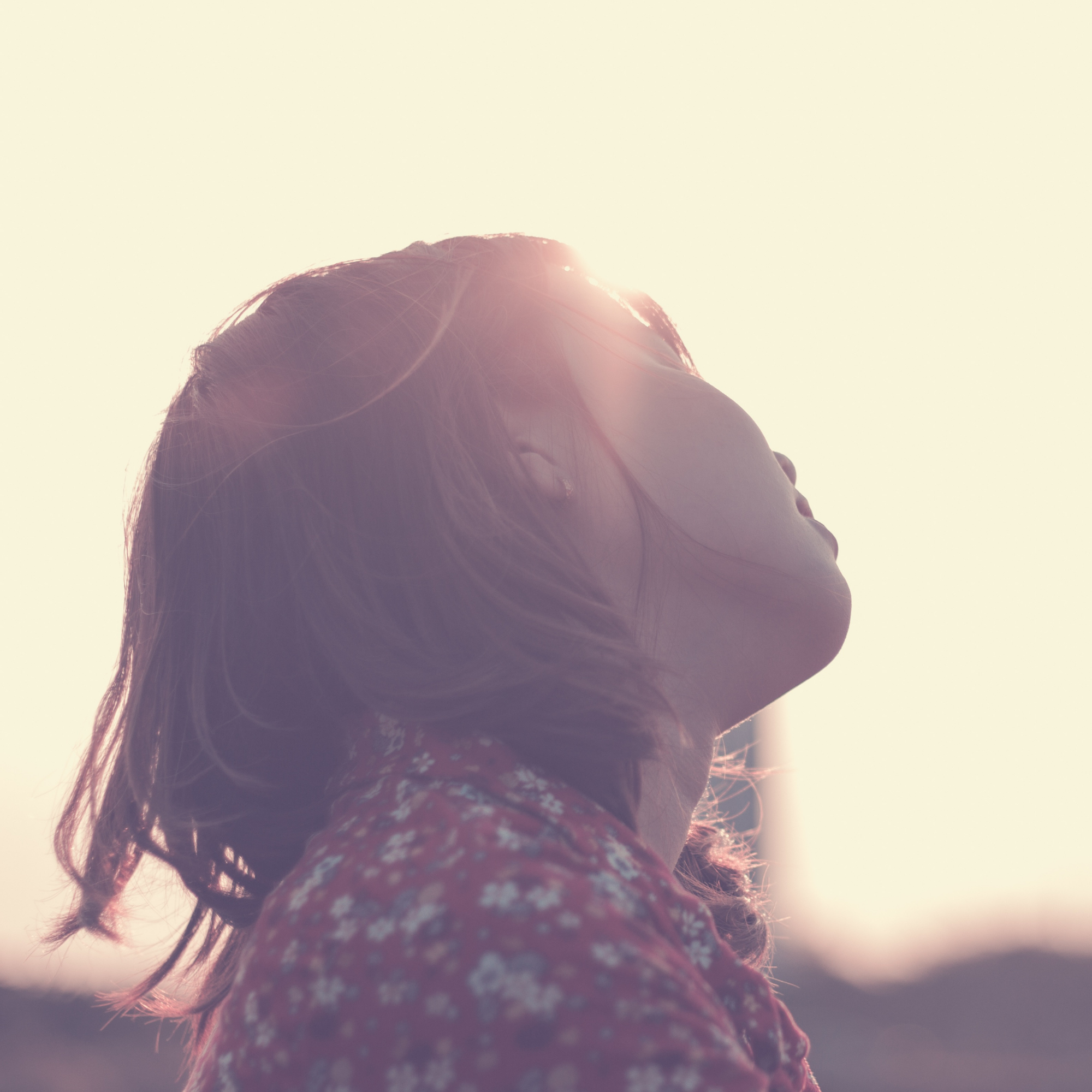 When it all started for me...

I first experienced anxiety in 1993 when I was 5. It started with a summer flu, I felt exhausted and had pain throughout my joints and muscles. When I didn’t get better, and then developed coordination and memory difficulties, it drove us to seek medical help. After loads of tests (including testing for juvenile onset arthritis because of my pain and difficulty moving) they couldn't find anything wrong with me so diagnosed me with Chronic Fatigue.

The best they could do was put me on steroids that left me weak and unable to even hold a pen for my high school exams.

Three years later and feeling no better, I took myself off both the steroids and the antidepressants that been added to the mix by then. With a clearer mind and body I went to university, got my first degree and was eventually I was accepted for a PhD. Three quarters of the way through the program I relapsed and my life, and my dreams, ground to a halt.

Yet again there were no answers. I was told I already had a diagnosis so I just had to go and live my life the best I could.

In 2010, after exhausting various treatment options, it was a private hospital that finally diagnosed me with Lyme disease. I now had 3 diagnoses Chronic Fatigue, Fibromyalgia AND Chronic Lyme Disease. All these efforts to make me well again ended up costing more than £40,000! Yet I was still not healed, just slightly improved.

I truly believed that was the best I could hope for… an improvement in my symptoms that would make them bearable to live with.

A larger issue had developed over those intervening years though, and that was my Multiple Chemical Sensitivities. This was something that no treatment seemed to touch and the impact on my day to day life was devastating.

Perfume and scented detergents gave me an instant headache and a sense of vertigo. If I encountered any glues, paint, car fumes, or ink from magazines or newspapers my reaction would be heightened.

I would be unable to speak, to even think of words and make myself understood. It was like a fog came over my brain.

The strain and confusion would have me in floods of tears because I could not cope, and an extreme reaction would see me collapse from the sensory overload.

Family members couldn’t wear freshly washed clothes or even be freshly showered if they were going to come see me. I used to take my own unscented products to the hair salon. Any time I went out I had to wear a mask, which on top of my already disabling symptoms, meant I became a source of pointing, sniggering and whispering as others noticed my difference.

Once, a woman in the supermarket was so busy staring at my face mask that she walked her trolley right into a freezer! It was embarrassing trying to function out and about in the world like this, and it rocked my self-confidence to the core. 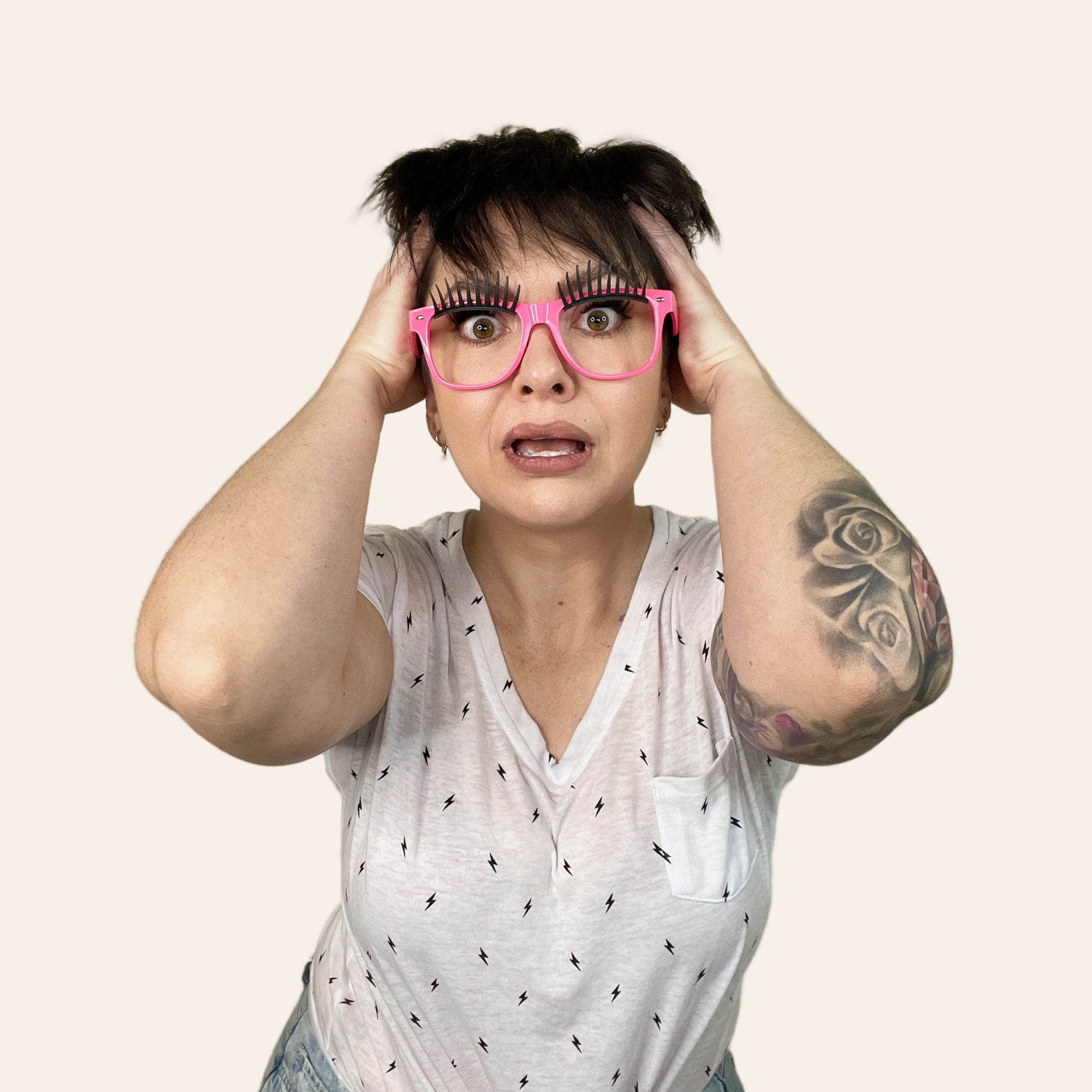 More than twenty years after those first fruitless visits to the doctor I took a course taught by Marisa Peer, the creator of Rapid Transformational Therapy™(RTT), that challenged me to consider the possibility that I had the power to help heal myself. It was a revelation that started me on an 18 month-long recovery from an illness I’d had for most of my life. I started to realise that not only could I help myself, I could help others like me.

It was during my training to become a Rapid Transformational Therapist that I was part of a class demonstration conducted by Marisa Peer. For that single RTT demonstration we decided to focus on my chemical sensitivity.

Let me repeat that. It was ONE single session. It took less than two hours total.

The evening after that session I found myself standing in a pharmacy breathing in the aroma of bubble bath. That was the first time I had sniffed in the direction of a scented bottle of anything in nearly decade!

Three days later I was sampling perfumes. You could not wipe the smile off my face as my senses tingled and sang with those beautiful fragrances. Three weeks later I visited my hair salon, without my own unscented hair product. They were blown away!

My chemical sensitivity was so ingrained into every part of my daily life that there was a part of me waiting and fearful of its return.

But it didn’t. It was gone for good. And I can hardly express what a revelation this has been for me.

The sense of freedom and liberation, the ability to simply be around others without becoming ill was life-changing. I was spending time with family and socialising without the fear. I have now made dear friends I would never have known, and had experiences I couldn’t have dreamed of, when I was sat in my house unwell and afraid to be around others.

If I have any regrets it is only that I didn’t discover the power of my subconscious sooner!

That’s what drives me to continue doing what I do. Somewhere out there is a person who, like me, has tried everything else and desperately needs the hope and power of using their subconscious to heal. Someone who is sick of putting their dreams on hold because of illness and is ready to start living again. 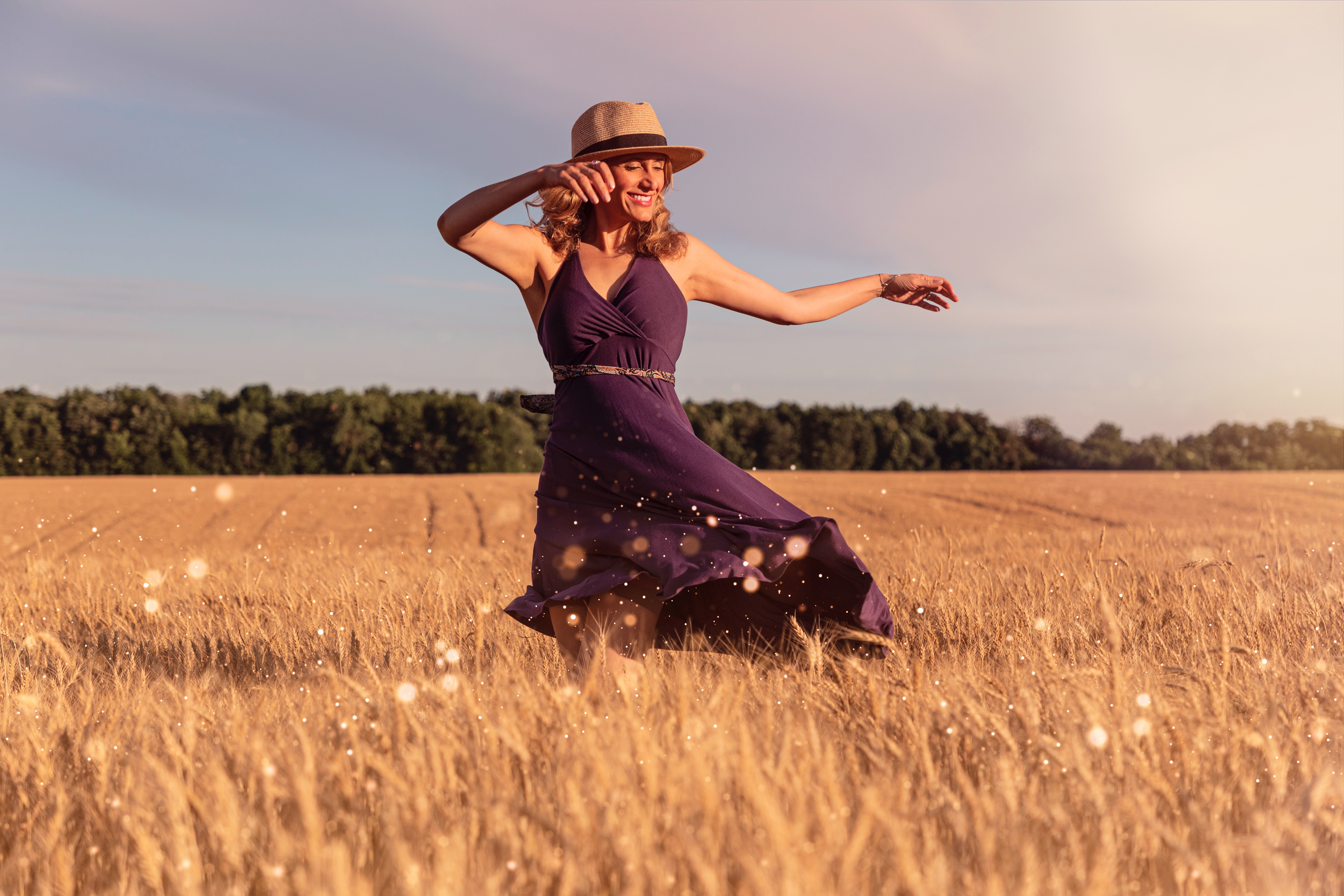 Activate your POWER + BE in Control of Your Own Healing

Everyone’s lived experiences of anxiety and trauma are dramatically different and YOU deserve to be treated as the whole, unique person you are.

Jump on a 60 minute Vibe Check Call with me to evaluate the best healing modalities to suit your individual needs – no obligation and totally free! 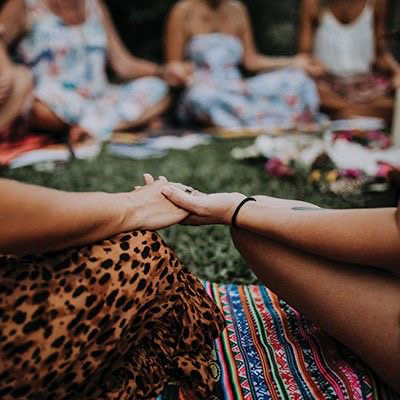 I work with clients allover the world via Zoom + Google Meet. Although I am U.S. based, I have successfully worked with clients globally, including Australia and Europe.